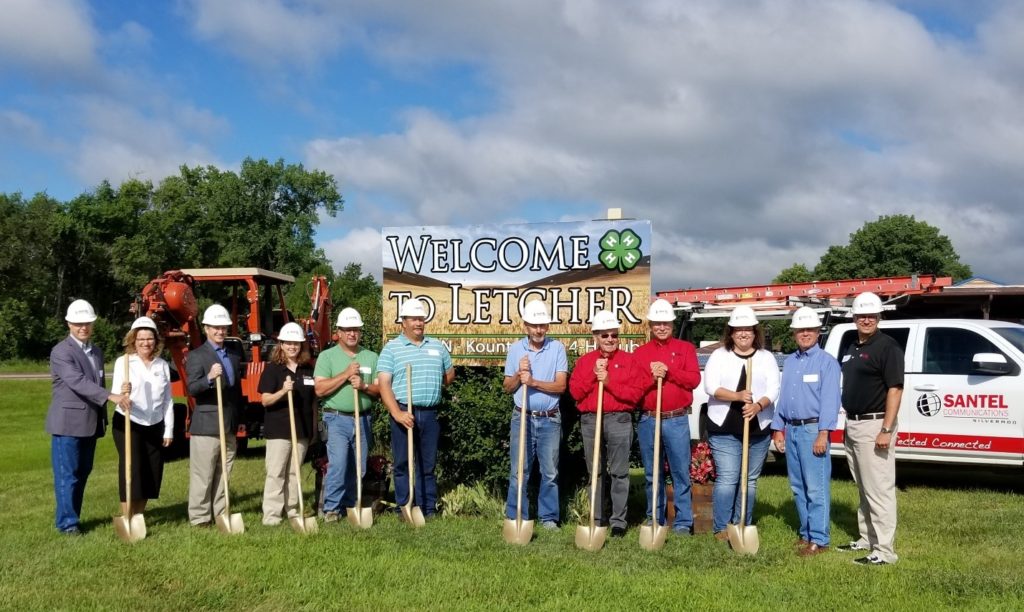 Over the next 60 months, Santel will be adding “575” miles of fiber cable capable of handling speeds of up to a Gigabit (1,000 Mbps) for each patron. The new service, FiberMaxx, means Maximum Internet. “Our goal is to connect farms, homes and businesses within our service area to a fiber network able to move data as quickly as any big city in the US,” said Thompson. Fiber optic networks are known to be the fastest, most reliable, long-term cost-effective method for delivering broadband Internet over long distances. Through FTTH (Fiber to the Home), Santel strives to connect the divide that currently leaves millions of rural Americans with an Internet connection unable to keep up with modern needs.

Thanks to the District 20 representatives and candidates, for attending and supporting the positive economic impact on their constituents.   District 20 is in Aurora County on the West side of the Santel Territory.

Kristie, expresses her support for Santel’s investment into the network.   Due to the positive economic impact it will have on the rural communities.

Santel will be updating coop patrons individually on the project as it moves forward. Updates are also available at www.santel.coop/serviceareas , specifically detailing the progress of FiberMaxx.

Thompson added, “We know the appeal of living in smaller communities and farms in South Dakota. This new fiber network addition is another way for us to technically and economically enable our owners who love life in rural South Dakota. You’ll no longer have to sacrifice Internet service because of the place you chose to live.”